I am supposed to go back in on Saturday morning to meet with my trainer one last time, get measurements and all of that good stuff. She actually mentioned doing a final workout, since I was sick for a couple of our sessions.

I can’t afford to continue with her, unfortunately ($60/hour is ridiculous, isn’t it?), but she said if she’s got an opening after my measurements on Saturday, we’ll go ahead an work out. I wish I could keep going, but won’t work for me.

I keep getting the, “maybe it is muscle weight” speech. But, at some point it stops being muscle-weight and should begin to fall off. It is making me very frustrated!

I’ve got the workouts my trainer had me do written down though, and I will keep up my previous workout schedule — but with her suggestion, add two more. I was only working out four times a week before, but the workout schedule she made for me included six workouts per week. I will soon be getting only one rest day per week. Hopefully that will kick my body into gear.

Will update with my measurement results on Saturday!

The meeting with the trainer wasn’t as bad as I expected it to be. But, I also didn’t do a lot of work. It was more her assessing my current fitness level, and determining my goals.

We worked out a little bit: warmed up on the recumbent bike, stretched (she had me use the foam roller and work on my groin muscles, and holy cow it hurts today!), did some weights (leg press, calf raise machine, and some shoulder stuff), and finally some stability exercises on a ball.

I learned some things about myself. A) I’m more flexible than most people who are my age/size (I already assumed this, but she confirmed it). B) I’m 34% body fat! GROSS! I wish I knew what the percentage was before I started working out though, because I’m positive it has gone down significantly. I need to get down to the 15-20% range to be “fit” and 20-25% to be “normal” — my goal is fit. We’ll see. C) My spine is all out of whack. Even when I feel like I’m standing up straight, I’m not. When I feel like I’m pinching my shoulder blades together, I’m not pinching them hard enough, and my shoulders are still rolled forward, even when I think they’re pushed back. YIKES!

The flexibility is good, but won’t do me much good until I lose some of the flab (this is my own assessment, not something the trainer said, lol).
The body fat is no good! I’ve definitely made some progress in that area, but like I said, it is still too high.
My spine being out of whack is BAD! She suggested the rib injury could be because of the spine problems. Interesting.

I bought 5 sessions with her. We will go over my eating, a workout plan, suggest vitamins and supplements, stuff like that, so I hope she gives me good information and the workout plan is something I can continue on my own.
She said it is pretty typical that people who work with her lose about 5 pounds a week, so I’ve got my fingers crossed! 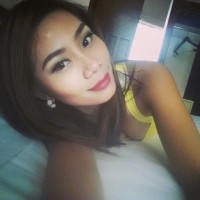 A Firework In Progress